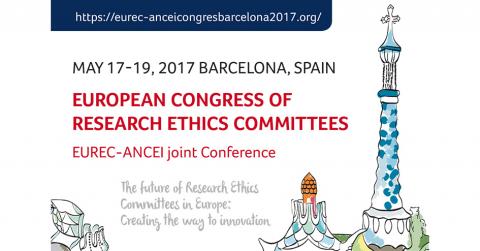 In the European congress of research ethics commitees the most pressing issues currently afecting human research will be tackled, such as the declaration of Taipei, the first effects of the implementation of the clinical trials regulation in Europe and the CM/Rec 2016 recommendation about research with human biological materials.