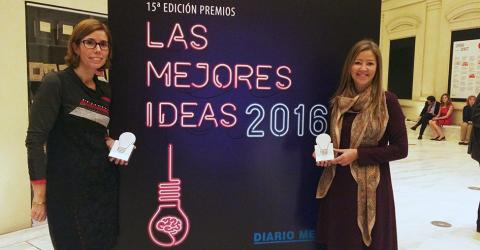 The Hospital Sant Joan de Déu Barcelona is the first and only hospital in Spain that has created a scientific council of young people to actively participate in research and innovation projects carried out in the medical centre in order to propose ideas, manifest needs and give their opinion. This initiative has recently been awarded the "Best Management Idea of the Year 2016" by the newspaper Diario Médico.

Since its creation, in 2015, until now, the scientific council of Sant Joan de Déu has developed a guide of recommendations for writing an informed consent for children over 12 years who participate in a clinical trial. They are currently working on the development of an interactive application that allows to learn what is a clinical trial consists and what are its phases; also, working in the creation of a comic that tries to give answers to the main doubts that may arise to a child to whom it is proposed his participation in an essay; and, in addition, working on a web page that will provide information to patients and families about clinical trials and educational resources for schools.

With this project, the Hospital Sant Joan de Déu Barcelona moves forward in the process of involving children and teenagers in the decision-making process of the centre, after three years of being the Youth Council, a group of patients who advise the hospital management in matters of internal management and provision of care services.

With the constitution of the scientific council, the Hospital Sant Joan de Déu in Barcelona joins the international program KIDS (Kids and Families Impacting Disease through Science), which involves hospitals and health consortiums around the world. The program is supported by the American Academy of Pediatrics in the United States and counts with the participation of educational centres and other institutions around the world to give voice and involve children and teenagers in research and innovation processes.